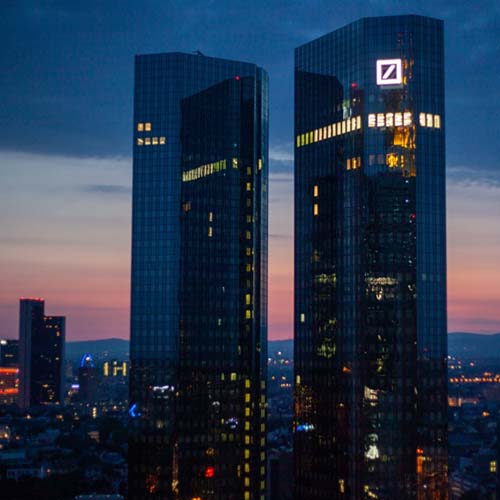 The ability to seize bank balances is an essential legal instrument. This certainly applies in fraud and fraud cases and also in claims against not very solid counterparties that may “pull the plug”. Within the Netherlands, “preservation seizure” is therefore an important means of safeguarding “redress options”.

From 2017, the EU (excluding Denmark) has a regulation ( 655/2014 ) that makes it possible to levy bank attachments across the border, whereby permission is not given by the court in the country where the bank account is held. This is an essential improvement for our firm to help our clients in international fraud cases. Much (investment) fraud is organized internationally. For example, the victims can live in the Netherlands, a fraudulent company that offers fake investments can, for example, operate from Hungary, and that company can use a bank account in, for example, Latvia. In that situation, a European bank account preservation offers a solution. It is also still possible to use a “national” attachment method to support a procedure that is pending in another country.

The aim of the European regulation is to make seizure across the border as simple as possible, for example by using standard forms, but in practice quite a bit of specialist knowledge is required to use the means effectively and quickly. The way in which the attachment must be levied differs per country, in some countries European law is not applied as easily and directly as in the Netherlands, for example, and some information about the execution is not (yet) available in the Dutch language because the EU -justice portal lags behind. There are also subtle differences in the way Dutch judges deal with European bank attachments; not everything has crystallized yet.

For example, some judges are prepared to issue the decision in a foreign language (so that the decision itself can be used), but otherwise judges only want to issue the decision in Dutch, with the result that a translation is required that is recognized in the country. where the attachment must be made (and this may mean, for example, that a Dutch translator must be called who is sworn in in the relevant country, if the relevant country so requires). The aim of the European Union to arrive at a uniform, simple and quickly deployable scheme has therefore not really succeeded, but that does not alter the fact that the scheme is an enormous improvement and that we often succeed in diverting money by blocking a bank account. That is the starting point of the lawsuit about the damage that can be conducted in the Netherlands, where the damage was suffered.

In order to prevent abuse of European bank account preservation, there is a rule that we do not know about prejudgment attachment in the Netherlands: the attaching party must provide security. Most courts assume that this must be a callable amount equal to 10% of the claim. This certainty is a significant barrier to deploying a resource, but there are important exceptions to this obligation.

Our office is involved in a number of lawsuits in which case law has been formed about European bank account preservation orders. Most judgments concern the cancellation of or exemption from the security that the attaching party must provide.

In this judgment, the Noord-Holland District Court determines that security does not have to be provided if it is obvious that fraud has taken place. This ruling is important for practice because many victims of fraud are financially stripped and therefore have no opportunity to provide security.

In this judgment, the Arnhem-Leeuwarden Court of Appeal ruled on a request rejected by the court. Assigned attachment requests are not motivated, but in this situation the Court motivates why the claimant is still allowed to seize a consumer case at a Cypriot bank.

In this case, the District Court of Noord-Holland allows the claim of an investor who has levied European bank attachment. The claimant also requested the waiver of the security provided. The European regulation is not very clear about whether the security can lapse if the court grants the claim secured by the attachment, or whether the security must be linked to whether or not the judgment becomes irrevocable (with the consequence that certainty should be maintained on appeal). The court takes the plunge and determines that the security will lapse if the judgment is favorable to the attaching party.

In this judgment, the District Court of the Northern Netherlands , in a situation comparable to the judgment in Noord-Holland, comes to a different conclusion: certainty must be maintained. An appeal is still possible. The fact that two courts arrive at different results shows that the Regulation is not very clear on this point, there is actually a gap. Maintaining the security is obviously unfavorable for the plaintiff who won the lawsuit. On the other hand, the principal can be collected.

In this ruling, the Noord-Holland District Court continues the course that was already chosen in the decision of 4 May 2021: the security lapses if the claim of the attaching party is granted.

This court also assumes that providing security is no longer appropriate if the claimant’s claim is upheld.

The East Brabant District Court will also release the security if the claimant’s claim is upheld. This is to be regarded as a change of circumstances as a result of which it is no longer necessary to provide the security.