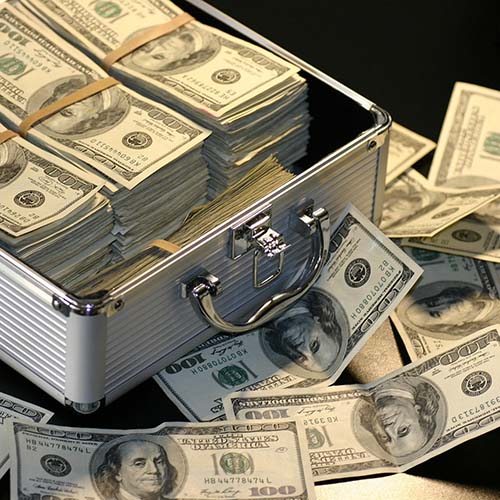 Our office has gained extensive experience in cases concerning products of financial institutions: banks and insurers. These institutions must observe a “duty of care”. Driven by incentives such as sales bonuses, things don’t always go well.

Shortly after the establishment of our office, the securities leasing affair erupted. Dexia, Aegon and other institutions had often sold inexperienced customers loans, which were used to invest in shares. The contracts expired when the prices were low, resulting in a residual debt. The customers – most had no experience whatsoever with investing and thought they would save – were sued en masse by the banks. We received more than 500 cases under consideration. The odds soon turned. The banks had made big mistakes in selling the products and the tables turned: customers got their money back and the banks had to take their losses. Dexia even had to close its branch in the Netherlands. In this affair we have gained experience with the largest collective lawsuit to date: the declaration of universal binding force of the “Duisenberg Regulation”.

The securities lease affair was followed by a series of other affairs, such as the usury policies. Insurers and banks sold investment policies with disappointing returns. This is the result of largely hidden costs, about which no information was provided to the customer when the contract was concluded. A large number of lawsuits are still pending. The tactics of the banks and insurers are opting for a war of attrition.

The video shows a fragment of the broadcast of “Meldpunt” broadcast of October 18, 2017, “Foreign callers are chasing Dutch savings”, in the presence of our lawyer Marius Hupkes. Copyright Broadcasting Max.

Smaller affairs also play a role in the financial world, which are nevertheless of great importance to customers. The European Central Bank has cut interest rates sharply to boost lending and stimulate the economy. The banks do not always pass this low interest rate on to customers, on the contrary: they respond with a surcharge on the interest rate. The legal basis for this is sometimes weak or downright invalid. In the case of residential mortgages, the banks have already been called back several times by the courts.

Something similar is happening with loans to businesses. Banks can place companies with their Special Management department and demand all kinds of measures to repay credit more quickly. Sometimes this has to do with actual problems at the company. In other cases, it essentially concerns problems at the bank (desired contraction of the loan portfolio). We act for entrepreneurs who are pressured to change credit arrangements. A bank (fortunately) has to meet a large number of due care requirements; the primary function of a bank is that it serves the economy and cannot therefore always put its own interests first.

Preventing the sale of a home due to undervalue

A separate category of cases in which we have gained experience with proceedings against the economic and legal power of banks concerns the enforcement of the sale of homes with equity against the will of the bank. This problem affects people with debts. By blocking the sale of a house that is under water, the bank can prevent the customer’s admission to the Debt Rescheduling Act . The bank can follow this course because the residual debt on the house will not be realized (which would then be restructured via the WSNP). This problem often arises in the division of the house after a divorce. Another perspective is that of the buyer of a home with residual debt, who wants to enforce a purchase that is blocked by the bank. Read here about a case from our practice, in which a bank is indirectly forced to “exclude” a mortgage and to take a residual debt, which is then restructured by the sellers via the WSNP. A background article about the problem of debt restructuring of residual debts of unsold houses in the event of divorce can be found here .

Matters about granting loans that are too high in relation to income are difficult, partly because the damage to be claimed must take into account the benefit received in the form of the loan paid. Nevertheless, we have also achieved good results in this category of cases – sometimes very extreme cases. For example, we have helped very elderly customers who had already paid off their mortgage and then were offered a new mortgage, after which the money was invested in a risky way. The investments were lost and the debt remained, while this customer group needed no investments or debt at all. These are financial institutions that are no longer active in the Netherlands.

Duty of care towards third parties

The forms of duty of care discussed above are all part of the contractual relationship between the bank and the client-account holder. But in the Netherlands, banks also have a duty of care towards third parties: persons or institutions that are not account holders. This form of duty of care is not part of contract law, but a variant of tort and delict and a consequence of the necessary trust in the banking system, as the Supreme Court has considered in, among other things, the Safe Haven decision. A practical application of the duty of care towards third parties can be seen in fraud and fraud cases by customers of a bank. Third parties who become victims of this can address the bank if certain conditions are met. Of course, the perpetrator can also be addressed, but cunning perpetrators ensure that loot obtained through fraud disappears. That is why proceedings against banks that have given offenders the opportunity by offering an account are regularly encountered. An example is the Footlocker/ING case. In this case, the court orders the bank to pay compensation for damage caused by someone else, in short because the bank handled the situation too lax. We wrote a blog about this case: read more here . De Nederlandsche Bank NV, the supervisory authority, has prescribed transaction monitoring to prevent this type of situation. However, this does not mean that banks are exempt from fraud, they can still be held liable by third parties.

More information about the Duty of Care Banks