As a result of the obligations under the Wft and Wwft, a tendency has become visible that banks are trying to exclude more and more customers with large amounts of cash flows. In addition, they often try to end existing customer relationships with these types of customers and even, in the experience, sometimes look for nails at low tide to get rid of those kinds of customers. Customers with a lot of cash flows therefore clearly no longer fall under the risk appetite of the Bank. Sometimes banks even terminate the relationship with the customer for this reason. Is that possible?

Financial institutions, such as banks, are required by financial laws and regulations, including the Financial Supervision Act (Wft) and the Money Laundering and Terrorist Financing Act (Wwft) to investigate the origin of funds. of its customers. Such an investigation can be complicated if the customer in question receives a lot of cash payments himself and wants to deposit them into the account. The origin of cash is more difficult to trace than cashless transfers.

Companies that are often confronted with cash-paying customers often find themselves confronted with a barrage of questions and, ultimately, not infrequently with a termination of the customer relationship. Such termination of a banking relationship can have disastrous consequences for some companies. Often they cannot open a bank account at other banks. As a result of the termination of the banking relationship, in extreme cases such a company may become deprived of access to the banking payment system. This makes it impossible to continue operating the company.

Banks therefore increasingly seem to be terminating bank relationships on the grounds that they cannot properly meet their obligations under financial laws and regulations, whereby cash flows are often a thorn in the side of banks. However, it can pay to have a judge check whether a bank’s termination of a banking relationship is acceptable. The termination of a banking relationship by a bank is not always justified. This applies all the more if the result of a termination would be that a company would be left without a bank account.

Article 35 of the general banking terms and conditions that banks apply states that, in principle, banks can terminate a banking relationship. In exercising that power, however, a bank must comply with the duty of care included in Article 2, paragraph 1 of the General Terms and Conditions and the requirements of reasonableness and fairness as referred to in Article 6:284 of the Dutch Civil Code. It is possible that the termination of a banking relationship by a Bank has not met these conditions. The termination is then unlawful and can then be stopped or reversed by a judge.

This was a used car dealer who does a lot of business with African dealers who regularly paid cash for the cars. The trader then wanted to deposit that cash and then received many questions from the bank about the origin of the funds. Answering these questions required a lot of red tape and also cost a lot and the entrepreneur got the idea that every question he answered led to new questions. During a discussion at the bank about this, tempers would have run high at some point and a heated discussion would eventually have arisen. According to the bank, the entrepreneur refused to answer certain questions. According to the entrepreneur himself, that was not the case and the bank would send a list of questions.

In the end, after that unpleasant meeting, the bank terminated the bank relationship and did not send the e-mail with questions anymore. Because it can indeed be established in the relevant proceedings on the basis of statements from both parties that the bank would send another e-mail with questions, the court found that by terminating the customer relationship and not first asking its questions had acted. In that judgment, the judge took into account that the entrepreneur had been banking with the bank for ten years, had in the past always explained the origin of cash payments and it could also be difficult, partly in view of the branch in which the company operated, to go to another bank. bank to open a business bank account. In short, all circumstances were taken into account.

On this basis, the judge concluded that the bank acted contrary to the requirements of reasonableness and fairness by terminating the customer relationship, which is unacceptable. The court therefore ruled that the bank had to continue the banking relationship for the time being and that it had to continue to provide the company with the payment account facility. In this case, it paid off to go to court.

It is therefore true that, in principle, a bank has a contractual power to terminate the relationship with a customer, but a bank’s right of termination and its contractual freedom are not unlimited. The circumstances of the case may mean that it is unacceptable according to standards of reasonableness and fairness for a bank to use this contractual right of termination. Termination must also be assessed against the background of the banking duty of care, on the basis of which a bank must exercise due care when providing its services, which also includes the importance of payment transactions for account holders. Cash income in itself cannot in any case constitute a reason for terminating a banking relationship. After all, cash is still legal tender. For a legally valid termination of the banking relationship, therefore, there must really be more going on. 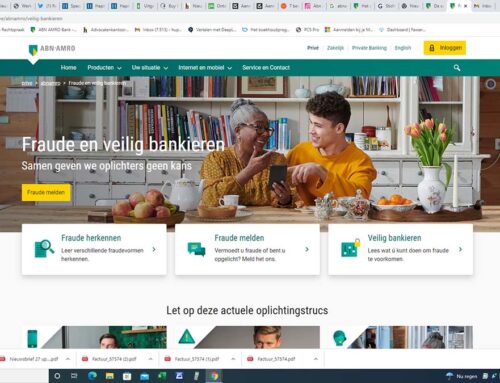 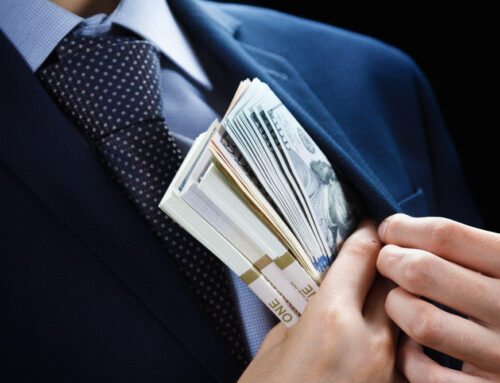 What is a boiler room?